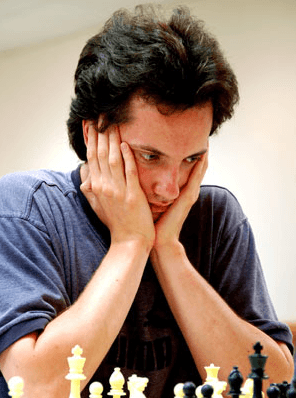 The Ruy Lopez (also known as the Spanish) is one of the oldest and most respected openings. It was written about by the priest Ruy López de Segura in 1561 and was used by Carlsen and Kramnik to help beat Anand and Kasparov in their respective World Championship matches this century. It’s fair to say it has a long history!

With its combination of deep strategy and tactical themes, the Ruy Lopez is considered the truest test of chess understanding and was mastered by Bobby Fischer. Learning this opening properly doesn’t just improve your opening repertoire, it improves your chess ability as a whole.

Now “Dominate with the Ruy Lopez” gives you a 4 volume DVD masterclass on this intricate opening. You will learn all the key ideas, positional considerations and attacking possibilities from each variation of this classical opening. From the careful manoeuvring of the Berlin Defense to the wild complications of the Jaenisch Gambit, GMs Kritz and Shankland fully prepare you to get the advantage and win with either color.

With superior comprehension of the nuances of this revered system, you will outplay your opponent time and again. With so many variations and related plans to choose from, no-one will know what to expect from you either.

Check out “Dominate with the Ruy Lopez” and become a formidable opponent and better chess player.

1. Battle with the Berlin Defense
2. Secrets of the Jaenisch Gambit
3. Rocking the Ruy Lopez
4. Crushing White with the Schliemann Gambit

Vladimir Kramnik brought the Berlin Defense into great popularity in 2000 when he used it to sensationally beat Garry Kasparov and become World Champion. Since then, the “Berlin Endgame” has been seen at the top level constantly, being employed by Magnus Carlsen to beat Anand in their title fight too. Relying far more on strategic principles than particular move orders, this variation promises excellent results for those who study it. GM Kritz details the key ideas and illustrates them with great games to give you a powerful response to the Ruy Lopez.

The Jaenisch Gambit (1.e4 e5 2.Nf3 Nc6 3.Bb5 f5!?) is a fantastic surprise weapon against Ruy Lopez players, changing the character of the game instantly. Played like a reverse Vienna Game or King’s Gambit, the Jaenisch has been played at the highest levels by Bronstein, Judit Polgar, Radjabov and, of course, the presenter. GM Kritz demonstrates all the ways White can go wrong and how to punish these inaccuracies as well as all the general attacking plans Black has. With clear explanations of the positional considerations and aggressive set-ups Black needs to know, GM Kritz ensures you will get the advantage over your opponent very early on.

“Rocking the Ruy Lopez” gives you a complete Ruy Lopez repertoire, covering all the main lines and sidelines with explanations of each color’s strengths, weaknesses and long-term plans. GM Kritz is an experienced Ruy Lopez player and passes on his expertise to you with deep insight into the strategic themes of this rich opening. The fine balance of tactics with positional aims make the Ruy Lopez a great training ground for your entire chess understanding or, as GM Kritz puts it, ¨studying the Spanish Game is crucial not only for your opening repertoire, but much more for your general chess education!¨

In this DVD, GM Sam Shankland gives you a repertoire to win with Black against 1.e4 e5 2.Nf3 Nc6 with recommendations against the Ruy Lopez (3.Bb5), Scotch (3.d4) and Ponziani (3.c3) amonst others. GM Shankland shows how to play the Schliemann Gambit in a positional way, claiming space instead of confronting White head on straight away. With instructive commentary on top level games involving Karjakin, Kramnik and Carlsen, you will be ready to face whatever White plays – and win.